Visualising the size and value of Linux 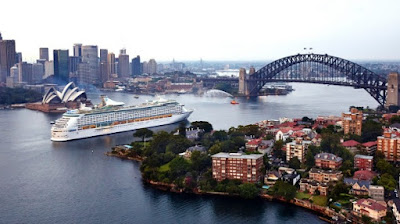 I find it easier to appreciate the size and value of software by comparing to big physical things.
Linux, which I could copy and give to you for free, represents more human effort than world's most expensive Cruise Ship, the Sydney Opera House, and the Sydney Harbour Bridge. In fact you could buy two of each.

In 2001 David Wheeler calculated Linux to have 30 million lines of code, would have taken 8,000 person years to create, and cost over a giga-buck ($1 billion). By 2015 this estimate was updated to $5 billion.
GNU/Linux is comparable in size and functionality to Microsoft Windows, and it is worth observing that Bill Gates, the founder of Microsoft, is now the richest man in the world.

Posted by Cameron Shorter at 8:41 am